March 27, 2019 --Is nighttime a showdown between you and your bed? You lie there for hours in a fight to fall asleep. Or maybe you doze off right away, only to find yourself wide awake again in just a

>  Support >  Solution >  Slumber Solutions: What Can Help You Sleep?

Slumber Solutions: What Can Help You Sleep?

March 27, 2019 -- Is nighttime a showdown between you and your bed? You lie there for hours in a fight to fall asleep. Or maybe you doze off right away, only to find yourself wide awake again in just a couple of hours. Whether the problem is falling asleep or staying that way, the bottom line is you’re not getting the rest that you should. You’ve tried everything -- all the familiar sleep hygiene rules, including keep your bedroom cool and dark; use your bed only for sleep and sex; no screens in bed; get into and out of bed at the same times every day -- and nothing works.

“For someone who is suffering insomnia, sleep hygiene is almost never enough,” says Jennifer Martin, PhD, a behavioral sleep medicine specialist at the University of California, Los Angeles. So, you probably haven’t “tried everything.” Numerous proven options -- from talk therapy to tai chi -- are available to you. Chances are, at least one of them will help. “For anyone who feels that sleep hygiene is the only advice they’ve gotten, don’t give up. It’s not the best treatment we have to offer.”

Getting Help Getting to Sleep

If you have trouble falling asleep or staying asleep at least 3 nights a week for 3 months, that’s insomnia, and there are treatments for it. No matter what’s causing it -- sickness, your medications, anxiety, chronic pain -- doctors won’t make you wait around while they treat those possible causes first. They will start to work on your insomnia right away. That’s because “insomnia and other conditions tend to exacerbate each other,” says Martin. “When we treat the insomnia, depression gets better, pain gets better, quality of life improves, even if we are not directly treating those other conditions.”

If your idea of treatment for insomnia is pills, think again. “There are many reasons why sleeping pills are not the first-line treatment for insomnia, including concerns about physical or psychological dependence on the medications and the potential for side effects,” says Michelle Drerup, PsyD, director of behavioral sleep medicine at Cleveland Clinic. Sleeping pills have a role, she says, “for shorter-term use and may be helpful if you have insomnia caused by a stressful event such as a death in the family or a major illness.”

The best treatment for long-term insomnia, most experts agree, is a form of stretch-out-on-the-sofa talk therapy adapted specifically for insomnia. Cognitive behavioral therapy for insomnia -- or CBTI -- is not what most people think.

“People think, ‘I don’t have depression or anxiety or PTSD. I don’t need therapy,’ ” says Eric Zhou, PhD, a psychologist in the Division of Sleep Medicine at Harvard Medical School. But CBTI is simply a way to adjust the way you think (cognition) and act (behavior) in relation to sleep. It helps more than 70% of people with insomnia who try it.

When you can’t sleep, you may panic and think, If I don’t get to sleep, I’m going to be worthless tomorrow. “It becomes this vicious cycle when you get into bed: You’re trying so hard to sleep that the effort and pressure in and of themselves keep you awake,” says Martin.

To change the way you think about sleep, a therapist may point out that you have in fact been functioning this way for years. That understanding could help you take some of the pressure off yourself to fall asleep.

One of several behaviors a therapist might help you change -- at least until you’re sleeping the way you should -- is your bedtime. And, no, you shouldn’t go to bed earlier. What’s more, “It’s a myth that you should go to bed at the same time every night,” says Zhou. “You can’t consciously control when sleep occurs. It happens when it’s been long enough since you last slept -- just like hunger.”

So to make you hungry for sleep, a therapist may ask you to go to bed very, very late. Zhou asks patients to keep a record of the number of hours they spend in bed and the number of hours they spend asleep every night for a few weeks. If, for example, you sleep an average of 5 hours a night, though you spend 7 in bed, “Every night, you spend 2 hours teaching your body to fight in bed,” he says.

“If there were any other activity in your life that you failed at for 2 to 3 hours a day, every single day, you would hate that activity,” he says.

If you manage to sleep for 5 hours a night, Zhou would instruct you to stay up -- doing anything you want, as long as it’s not productive -- until 5 hours before you have to be up for work or school.

“If you sleep 5 hours and you’re in bed for 5 hours,” he says, “that’s a million times better than being in bed for 8 hours but only sleeping for 5.”

Within about a week of forcing yourself to stay up until, say, 3 a.m., you’ll become so sleep-deprived that you’ll sleep through the night and eventually be ready to go to bed earlier and earlier. “You essentially retrain your body to fall asleep and stay asleep,” he says.

In CBTI sessions, you might also deal with the issues that may be keeping you awake. Your therapist may help come up with some ways to overcome those barriers to sleep. “It’s not just one magical set of rules that everyone follows,” says Martin. “It’s individualized and tailored to each person’s situation.”

Being in the Moment

CBTI isn’t your only option. Emerging research suggests that other strategies, some free or cheap, could be just as effective.

In a clinical trial, the meditative movements of tai chi were just as effective as CBTI to combat insomnia in breast cancer survivors. This group can be prone to sleep troubles because of anxiety and also treatments that can disrupt sleep. Tai chi, an ancient Chinese martial art that involves slow, fluid movements, may give sleepless people a chance to focus on something other than the worries that keep them up.

“The focus is on being in the present moment,” says Michael Irwin, MD, a psychiatrist and professor at UCLA, who led the tai chi study.

In the clinical trial, women with breast cancerwere randomly assigned to either 2 hours of CBTI or tai chi per week for 3 months. Between sessions, they practiced at home. At the end of the program and continuing for 15 months after, women in both groups had a similar reduction in insomnia symptoms.

Dianne Wilburn, 66, enrolled in the trial because she lay awake at night, she says, “worrying [my breast cancer] would come back and thinking that life as I knew it was over.”

When she practices tai chi, she says, “I’m not thinking about ‘Are cancer cells growing in my body?’ or ‘Why did I get it?’ which is pretty difficult not to think about.”

Mindfulness meditation may also relieve insomnia. Similar to tai chi, this form of meditation challenges practitioners to be in the moment and let go of worries about the past or the future.

“Mindfulness-based therapy for insomnia, or MBTI, integrates behavioral treatments for insomnia with the principles and practices of mindfulness meditation,” says Drerup. “It’s a promising treatment option.”

In a small clinical trial, older adults with sleep troubles received training in either sleep hygiene or mindfulness meditation. At the end of the course, those in the meditation group saw a significant improvement in their sleep, compared with those in the hygiene group.

The mindfulness training included guided meditations, available for free online at UCLA’s Mindful Awareness Research Center, in which participants were asked to focus on their breathing; focus on unpleasant emotions, such as anxiety, and then take the focus off of those emotions; and scan their body to take stock of every sensation and then move on.

“If you have to focus on your breathing, you can’t focus on tomorrow’s doctor’s appointment or what the future holds,” says Arlene Winnick, 71, who took part in a recent study that tested the benefits of mindfulness meditation in caregivers of people with dementia.

“I thought meditation was woo-woo craziness, hippy stuff from the ’70s. I was the biggest skeptic of them all, but now I am a convert,” she says.

After her partner was diagnosed with dementia, Winnick found that it took her longer and longer to fall asleep at night. “You just don’t know what the future’s going to bring. When I’d go to bed at night, my mind would just fill with ‘What’s going to happen next week? Next month? How am I going to handle this?’ ”

Mindfulness meditation training gave Winnick repeated practice in observing a concerning thought and then bringing her focus back to her breathing, her body, or the present moment. On the nights when her mind is racing, she listens to a guided meditation when she gets into bed. It’s a 13-minute recording that tells listeners to focus first on the top of their head, then their forehead, their eyelids, the bridge of their nose, and so forth, down to their toes. Now, Winnick often falls asleep before she reaches her shoulders.

“When you stay in the moment, a lot of the other stuff just goes away. That’s what it did for me,” she says.

Learning to focus on the moment and let everything else go can help troubled sleepers let go of the concerns that keep them awake -- even if that concern is about sleep itself.

“A big contributor to a night of bad sleep is hyper-arousal of the mind,” says Zhou, “and one of the best ways to make yourself hyper-aroused is to worry that you won’t be able to sleep.”

A Role for Sleep Hygiene

Once you are sleeping better, a therapist will most likely recommend these rules of thumb: limit daytime naps to 30 minutes or less; avoid stimulants such as caffeine and nicotine close to bedtime; exercise daily; avoid foods that could cause heartburn during sleeping hours; get enough exposure to sunlight during the day; set a relaxing bedtime routine that tells your body it’s time to wind down; and keep your bedroom cool and dark.

It may not be the conventional wisdom, but Zhou believes sleep hygiene works better as a place to finish insomnia treatment than to start it. “It’s not going to solve the problem that you were seeking help for,” he says. “It’s just for cleaning up around the edges.” 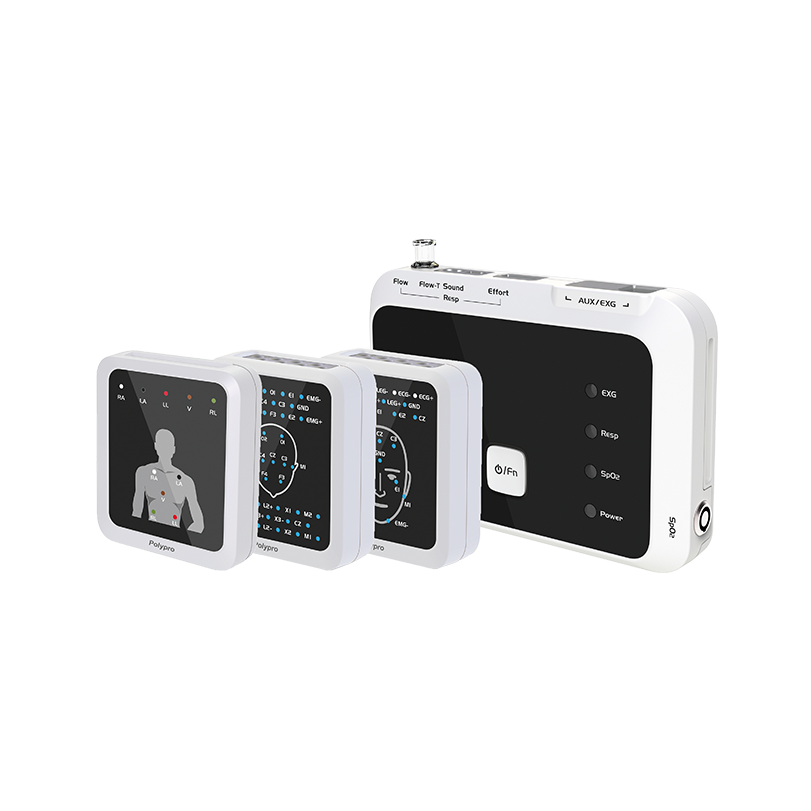